ABOUT THE WRITER, PRODUCER AND DIRECTOR Jane Williams 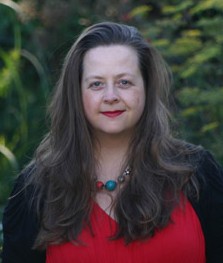 Jane is passionate about the role of the filmmaker and the power of visual content to raise awareness and promote thought.

Over the last two years, Jane has developed a personal relationship with the Dunstan family of Scrooby Manor, together with local author Sue Allan.  Jane has also generated a link with the Plimoth Plantation Museum in the USA.  She is committed to seeing the film through to completion and has related projects in the pipeline.

After graduation Jane completed a journalism and media production qualification and trained at the BBC as a researcher. It was whilst working on a BBC documentary about the history of Buckingham Palace, that she first discovered her passion for digging into archives. A successful and varied career has since followed.

Jane has over ten years of experience as a writer, producer and director of award-winning documentaries. Jane consistently delivers quality films to deadline and on budget. Forever in search of untold stories, Jane has travelled far and wide; she has followed a dissident superstar to China and driven across the wild plains of Hungary in search of the elusive Mangalica pig. Scrooby and its Manor have captured her imagination.

This is a film that will utilise Jane’s instinctive ability to marry personal stories with historical narrative. Her proven track record, passion for history, and exclusive access to Scrooby Manor, places her in a unique and privileged position to make this film.

The Pilgrim story has already gained momentum and support is required to bring this film to completion.

For more information or to offer support email jane@fandangomedia.co.uk